It is with deep sadness that the Australasian (iron & steel) Slag Association (ASA) learnt last week that Doug Prosser, OAM and inaugural Executive Officer of the Australasian (iron & steel) Slag Association (1989 - 1998) passed away last week after a short battle with illness.  He is survived by his beloved wife Marie.  All members past and present offer his family our thoughts and prayers at this difficult time. 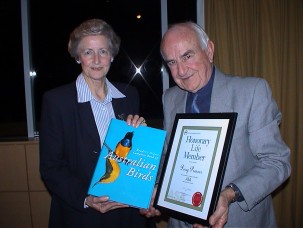 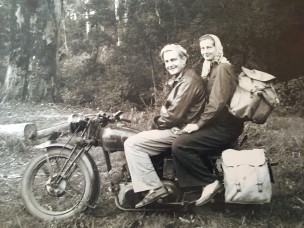 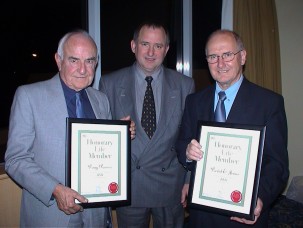 On leaving school at 15, Doug worked at Port Kembla Steelworks for 11 years.  He moved out to an engineering company then to consulting, only to return to the steelworks as site Manager of Specified Concrete.  He also worked in a number of corporate roles for the Boral group, including managing slag and quarry product sales.

After his retirement from Boral, Doug helped to establish the newly formed Australasian (iron & steel) Slag Association (ASA) in late 1989.  He was the first Executive Officer and held the position for almost ten (10) years.  He was made an honorary life member for his continued dedication and service to the Association long after his official departure.  Doug also gave many years service to the Institute of Quarrying Australia (IQA)

Mr Evan Weiner, President Edw. C. Levy Co. said "during the transition in 1989 from Boral to the ASMS for the [BHP Port Kembla] slag handling contract and Doug [Prosser] decided to stay on and help us form, then run, the Australasian Slag Association modeled after the National Slag Association operating in the USA. I will always be grateful for Doug’s kindness, professionalism and persistence about the benefits of slag. Doug will be missed by all, a true gentleman".

Doug also served as Chairman of the Lake Illawarra Authority during the many years it took to get the lake reopened to the sea, he received a Life Time Achievement Award for his work with the Authority and was awarded the Order of Australia medal.

The Association’s Executive Director, Craig Heidrich will be attending the funeral which will be held at Hansen and Cole, 634 Northcliff Drive Kembla Grange - Wednesday, 17th July @ 2.30pm.  All those wishing to pay their respects would be more than welcome.