On the 29th of April 2021, Holcim Australia released an all-new low carbon concrete product range that can be used in both residential and large-scale infrastructure projects. Holcim cite the products success in 13 other countries as motivation to release this product to the Australia's construction industry, moving us a step towards a greener future.

Holcim additionally released an Australian-first accredited carbon offset program, ECOPactZERO which reduces carbon reduction to 100% when combined with ECOPact; making dreams of 100% carbon-neutral projects a reality. The graph below demonstrates the difference between these new products to conventional mixtures.

Concrete is the next most-used material on earth (after water) and the demand for this material is only growing. With the development of low-carbon products such as ECOPact and its counterpart ECOPactZERO , the construction industry can do its part to protect our environment. As stated in Holcim’s media release, ECOPact can do this through the reduction of the carbon footprint produced by concrete up to 100% with the use of offsets, whilst also conserving natural resources and additionally contributing to a circular economy by diverting resources from landfill and closing material cycles.

To put the impact of this new product range into perspective, Holcim states that if a project like the Sydney Harbour Bridge was built using ECOPact at only 60% embodied carbon reduction, it would be the equivalent of removing 14,700 cars off the road for one year. With data like this, ECOPact has the opportunity to reduce annual greenhouse gas emissions produced by the construction industry that currently make up 1/5 of Australia’s total emissions, which is considered to be a huge step in concrete innovation.

Chief Executive Officer of Holcim Australia & New Zealand, George Agriogiannis, released a statement regarding the new range saying, “I am proud to announce our commitment to helping reduce the embodied carbon of concrete construction. We pride ourselves on being a solutions provider to our customers and ECOPact is a substantial shift towards sustainable construction,” he said. 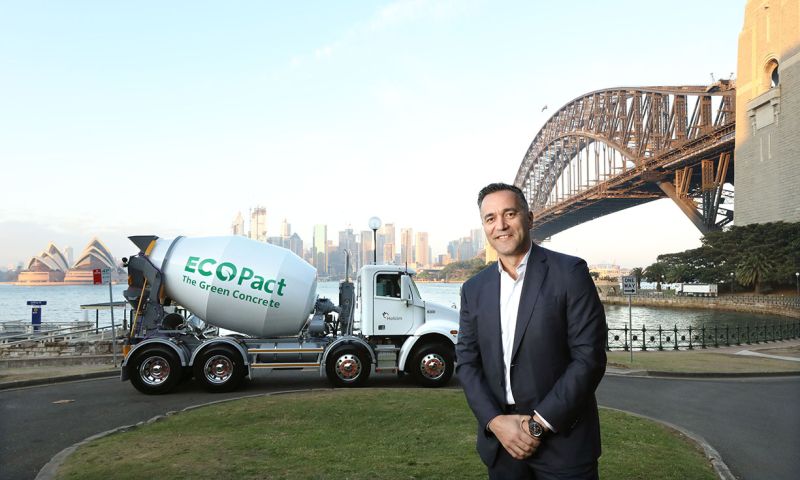 The Australasian (iron & steel) Slag Association CEO, Craig Heidrich commented, "Holcim are stepping up to making a substantial shift towards contributing to a more sustainable construction industry --supporting the circular economy through increased adoption/inclusion of co-products like iron and steel slags in the manufacture of low carbon concretes".

To read more about the new range, click here.