The Australian Steel Mill Services (ASMS) was formed in 1989, with a passion for promoting the use of slag to increase the strength and durability of cement mixtures. As a long-time and committed member of the ASA, we reached out to get some information on a story you don't come across every day.

Mr James Hegarty, the Accounts Manager, Sales at ASMS for the last 16 years (and 12 years in sales), sat down with the ASA for an exclusive interview about how he has enlisted local student-generated ideas to investigate new applications for slag. "Last year, I took 4, year 8 classes and gave a presentation for new applications of slag. Their teacher gave them an assignment on the topic, and I was there to introduce it to them," he said.

As a well-known and appreciated member of the slag community in Wollongong and wider NSW, Mr Hegarty found himself stumbling into a conversation at his local gym that led to the idea and collaboration with a local school, The Illawarra Grammar School (TIGS). Having been involved with moving up to “5 million tonnes of slag at least” and “selling 1.2 million tonnes of slag a year” as an aggregate and replacement for virgin cementitious materials since he began at ASMS, this collaboration held promise in James' experienced mind.

Mr Hegarty explained the visit was a trial and one that he wasn't expecting much out of. However, he came back with more than he anticipated. "I was told I'd be lucky to hold the class's attention for more than 20 minutes. I came in that day and delivered my presentation to the kids and had them all stay back after class to ask me extra questions," Mr Hegarty told us. "These kids, they think without blinkers on. We achieved some amazing results... I was extremely impressed," he continued. 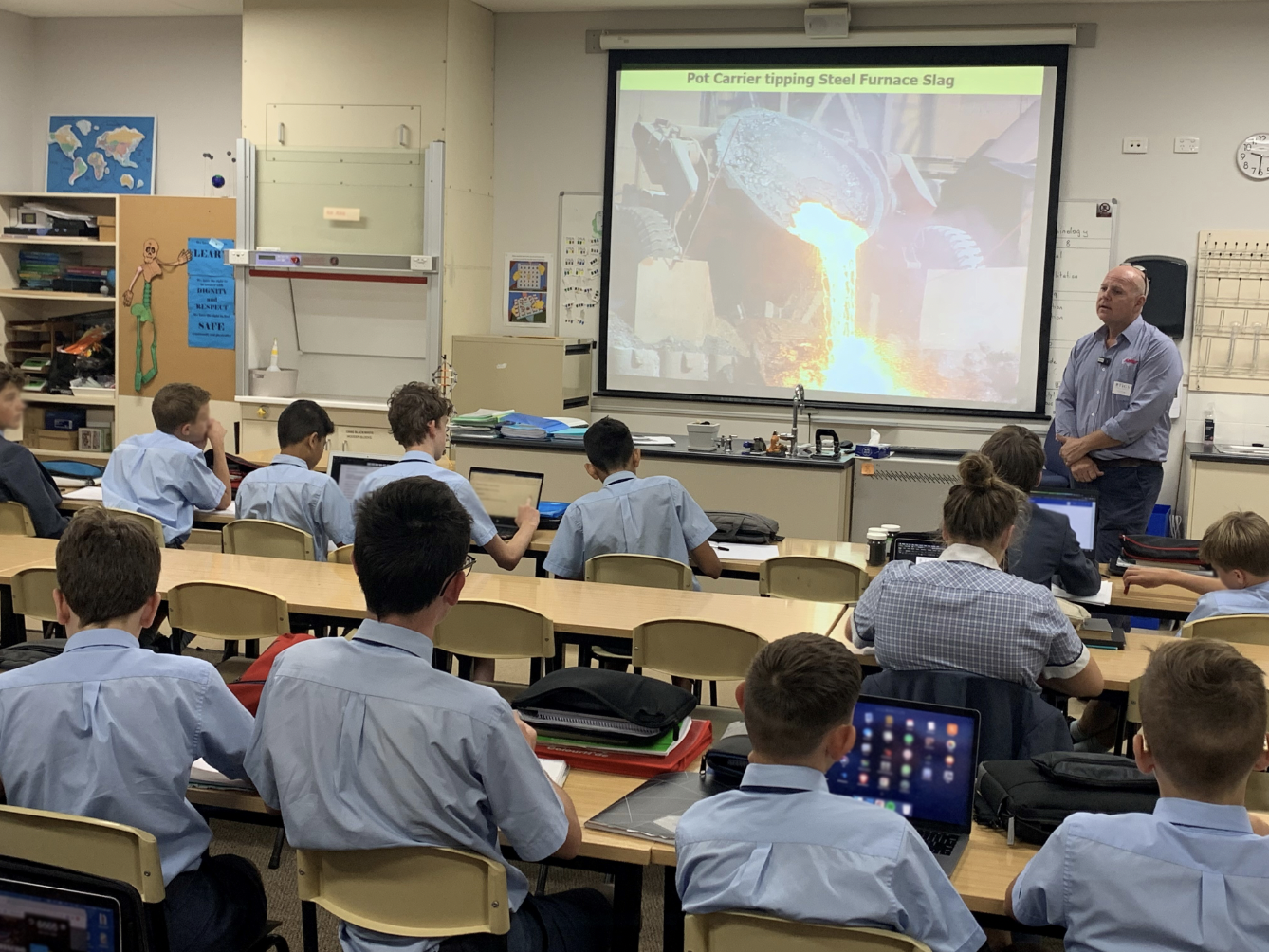 - Mr Hegarty at TIGS last year with one of the year 8 classes. Credit: ASMS

Mr Hegarty was so impressed with the final assessments, that some were chosen to be shown to various board members and parent groups in the US that have since been investigated by industry professionals. "You know, there could be 100 ideas, but it only takes one to be successful," said Mr Hegarty.

Expressing his gratitude again, Mr Hegarty told us, "I'd be very keen to do it again sometime later this year. I found the experience to be amazing," Hegarty said. "I think because the school centres around academic excellence and pushing the boundaries, the students can come up with some pretty amazing ideas. This collaboration with TIGS was by chance, but I'm so glad that it happened, the students were incredible," he concluded.

Representatives from ASMS's board and US members came to view some of the student's ideas this week in search of a new application idea. Some of the students’ work is to be discussed further and possibly taken to the next stage of development (good luck students!).

As Mr Hegarty said, there could be 100 ideas, but it only takes one to be successful- and this partnership seems to be the one that succeeded indeed.

The ASA would like to thank Mr Hegarty for his time and look forward to hearing more about the development of this story later in the year.